Start a Wiki
Sam Mitchell is a staff member of ScrewAttack. He has grown up with Chad and was home schooled. He was hired by Chad to help out with merchandise, and like his partner, was picked up to do work on several ScrewAttack shows. He is known for speaking nonsensically, and both Chad and Lauren have helped him with his speaking, the latter for voicing reviews.

His first appearance on screen was as a hobo who lived in garbage. Sam and Chad once got drunk as hell and played some Elder Scrolls III: Morrowind. Sam and Lauren dated for a few years.

Sam has hosted many shows during his time at ScrewAttack, including Screwin' Around, ScrewAttack Live and Sidescrollers, as well as featuring in Clip of the Weeks. He has also filled in for other hosts of Hard News.

Sam has been in numerous shows involving drinking. He had his own show called The Overdrinker, where he would discuss video game topics while drunk. Sam has a long history with Mario Party, and together with Chad and Jared started Mario Party After Dark, which was followed by the Bottoms Up Cup.

Sam would frequently appear on GameAttack, before ScrewAttack moved to Austin. He continued his role of hosting gameplay videos, by being a regular host on Four Play.

Sam was hired to help Chad with merchandise. Since then, he has become one of the major players on the live streaming side of ScrewAttack hosting Screwin' Around, Sidescrollers, ScrewAttack Live and Mario Party After Dark. Sam is a prominent figure of Four Play.

Shows he has worked on Edit 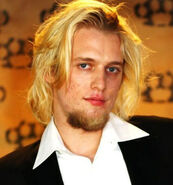 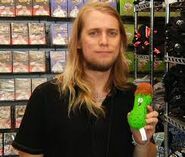 Add a photo to this gallery

Retrieved from "https://screwattack.fandom.com/wiki/Sam_Mitchell?oldid=13789"
Community content is available under CC-BY-SA unless otherwise noted.